I won’t do this often, I’m not Anthony Fantano and I really have no desire to be. I’m an emcee, a producer, and a damn good artist.  With that comes my ability to find, analyze, and promote good music. Aye Sincere is an artist I’ve had the pleasure of watching grow. I jumped at the chance when I was invited to his album listening party for Leap of faith. I pulled up to Serious Cartoons Records in San Bernardino and settled into a nice spot on the couch. As I became one with the cushions the lights were dimmed and Sincere spoke briefly about the project. Then he hit play… 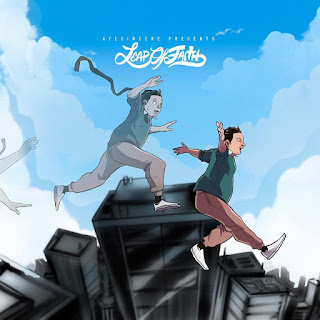 1.Leap of Faith- The album opens with a skit setting the theatrical tone of the album. The opening track is an introduction to the “live instrumentation” feel this album has. This track feels like goodbye to rapper known as Young Sincere.
2. Are you Okay- the influence of Anderson.Paak is obvious, but with a twist. On the second track we get introduced to the new persona of Aye Sincere, shedding the veneer of Young Sincere for a more mature tone and higher level of artistry.
3. Let Go- Nicklaus Grey can be heard lending his voice to the hook of Let Go. Propaganda does a great job of complimenting the voices and styles laid before us on this song. The trio really create magic on this song
4. Leap Down- This song is an upbeat one.
5. Fall Away pt. 3- Aye Sincere creates a haunting vocal intro that bleeds into another upbeat song. By this song I was craving something new, not because the songs are bad, but I began to feel the diversity in the album was lacking. Had the song adopted the identity of Nicklaus Grey’s bridge It would have been a well needed break from the 1-2-3-4 up beat songs we’ve gotten so far.
6. Glide- Ask and you shall receive. This song is a demonstration of the ability for Aye Sincere to show his ability to craft songs from tapping in with Nicklaus Grey for vocals again to utilizing CJ Wesley’s ability to blend in with the established feel of the album.
7. Earthbound- another song you could hear at Forever 21 or Charlotte Russe. There is definitely a deliberate intention to capture this specific sound. Instead of being another rapper in a sea of sound-alikes, Aye Sincere does a great job of setting himself apart in a way that I think will set him up for huge opportunities and future successes.
8. Come Back Home- if you go to buffets and like to get a little bit of everything, this song is for you. I mean, I like it, it IS a good song. I just feel like the artist I just spent 7 songs getting to know is lost on this track. Again, not a bad song but if I heard this song first and listened to the rest of the album, I feel like I would think they were two different artists. 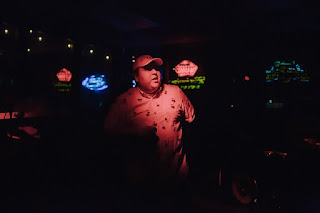 Aye Sincere is Anderson.Paak plus Chance the Rapper times Childish Gambino circa Because the Internet with a generous helping of West Coast I.E. flavor people have come to expect from this region. This album feels like you’re sitting in on a well-polished band’s practice sets, the chemistry pours through the speaker even when guest features grace the various songs. It all just works. The growth can’t be ignored. All too often artists grow and change in name only but Young Sincere becoming Aye Sincere isn’t just a superficial transformation. The songs, the vibe, and the skill has evolved. August 30th the album drops.
at 8:58 PM Labels: Album review, Aye Sincere, King Dice