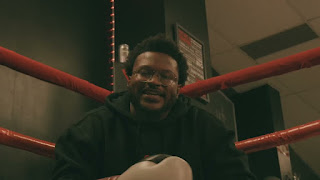 Cam Archer's new video "Rain" is one of my favorite video singles from him ever. He's barring the fuck out, the chorus is dope and fun, the Rockwilder produced beat is hype AF, the content is a perfect balance of rap shit and smartassery.
I dig the staircase shot a lot, Daily Gems killed this whole boxing gym concept. I love that Archer is wearing a 1loveIE hoodie in NYC in the ring. Archer has gotten to the point where as a fan, he's given me at least a little bit of nearly all of the kind of content I'd like to see him make - he raps on all kinds of beats, he writes well, and he doesn't let his larger ambitions cheapen his craft. This shit is great, bump it twice.
Tristan "Tanjint Wiggy" Acker is a staff writer for Untapped Hip-Hop, Jooseboxx contributor, and member of the Inland Empire,  based nerdculture hip-hop group the West Coast Avengers and the duo Fam Likely with D'zyl 5k1
at 7:03 PM No comments: 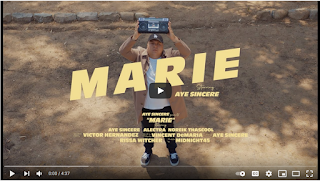 GUEST POST: Review of Tanjint Wiggy's You're Young For A Long Time 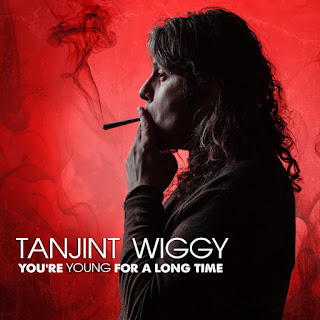 Mobb Deep, Carter era Weezy, the list goes on. But what sustains Hip-Hop is when it matures. It’s

The Blueprint that elevated Hip-Hop to the fashion houses. It’s 808’s & Heartbreak that allowed rappers

to sing over autotune. Like Naomi defeating Serena, the young rappers have the energy to keep the

work going, but it’s the older MCs that break down the barriers. Because when Hip-Hop grows up, as it

tends to do, rappers find it easier to express themselves off the mic. The appeal of superficial rhymes

instrumentals. 4:44, DAMN , Because the Internet , are a few of my favorites. Something happens to a

rapper when they turn 30+. It becomes easier to observe the zeitgeist and “pop a wheelie” on it.

nothing but a great playlist, wine, weed, and great conversation. Compared to the hatred I felt about

the house parties I went to in my 20s that were loud, crowded, and one joint for twelve people

(how did COVID not come in 2013?), You’re Young for a Long Time provides the kind of experience I

didn’t know how much I’ve missed through this pandemic.

Sonically: We are fortunate to be in a time where the IE has well-regarded artists in a multitude of

hear something that sounds underground. You’re … is not packaged as the most (dare I say) “polished” package of music, but that’s a huge part of why

I keep coming back to it. Whatever flaws that come across on the album seem only to be because of

how different it sounds compared to everything else that’s out. Charlamagne told a 36 y/o Kanye that

Tanjint’s beat selection tastefully curates a journey through what feels like the days when Stones Throw’s only press were the classic mid-00s [adult swim] bumps. Remember when people didn’t know Nujabes, Fat Jon, Dilla, and Madlib? The music rings out like a playlist of the best unheard beats from that era while the blunt is being passed by the charcuterie board. And on a less confident MC, Tanjint’s accelerated flow would come with a “Don’t Try This At Home'' label; yet his approach on each track of You’re Young… is skillfully executed over variating cadences and tones. To be blunt (no pun intended), his approach is unparalleled to any contemporary rapper that I’ve encountered in recent years.

Thematically: Tanjint guides the listeners through what feels like a warm gathering of friends,

old and new. The intro “Welcome to the Late Show,” makes it apparent that this is a celebration of life!

For real, parties in your 20s often come with the unexplained expectations that you’re supposed to

leave with something: maybe a girl’s number, maybe some new friends, maybe just a hangover.

But, as someone who still hates parties, it’s different in our 30s: you leave with an unopened bottle of

wine, new insight about the article someone read on Linkedin, or sometimes just peace. And it’s that

more mature, more reflective, that Tanjint captures so eloquently in this album.

I have too many favorites to name. “Goji Brothers” reminds me of my own changing

relationships with my siblings as we’re living separate lives as separate families.

years ago. “May 5th” reminds me of my personal struggles grasping to my Latinx identity that

still never felt like mine. The title track, “You’re Young for a Long Time” voices how I feel on a

daily basis of dealing with all of life’s lemons; “I’ve kept it tight, I’m tired, I wanna unwind”.

But even based on the few tracks that I’ve listed, it’s obvious that this isn’t an album for everybody.

With the advent of social media, youth is no longer wasted on the young. There is a fear within

before us. We’re desperate to cling on to the trends, to be in the know, to face our inevitable 40s. But

the freedom Tanjint expresses here makes it apparent that growing up is a blessing, and youth is

found in your state of mind, not in TikTok influenced art. With that understanding, we all can be young...

for a long time.

Richard “RnB” Blacksher is a writer, musician, composer, performer, MC and educator in San Bernardino, California.  You can find his music on streaming platforms under “Richard Blacksher”. 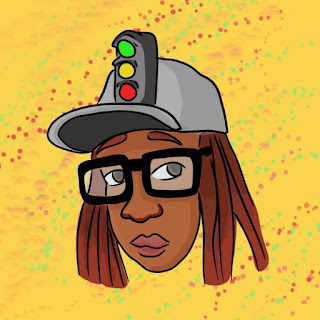 This is some of the most effectively sexy and melodic IE neo-soul records I’ve ever heard. It’s really sophisticated how it covers familiar territory of love and intimacy without sounding boring or repetitive.

One, the writing is full of sensory evocation and adult addressing of feelings in a way that is really appealing and resonant. Two, the production and vocal quality buttresses this piece in its undeniability.

Tristan "Tanjint Wiggy" Acker is a staff writer for Zus Entertainment, a Jooseboxx and Untapped Hip-Hop contributor, and member of the Inland Empire,  based nerdculture hip-hop group the West Coast Avengers

This piece is exactly what it sounds like but it delivers.

This minimalist masterpiece is musically satisfying with substantial twists and turns throughout. See the song go from electronic vibes to a full on rock jaminavan. I like the way the piece was shot as well, revealing exactly enough moment to moment, showing the viewer more of what's happening with this ensemble over time.

Tristan "Tanjint Wiggy" Acker is a staff writer for Zus Entertainment, a Jooseboxx and Untapped Hip-Hop contributor, and member of the Inland Empire, based nerdculture hip-hop group the West Coast Avengers 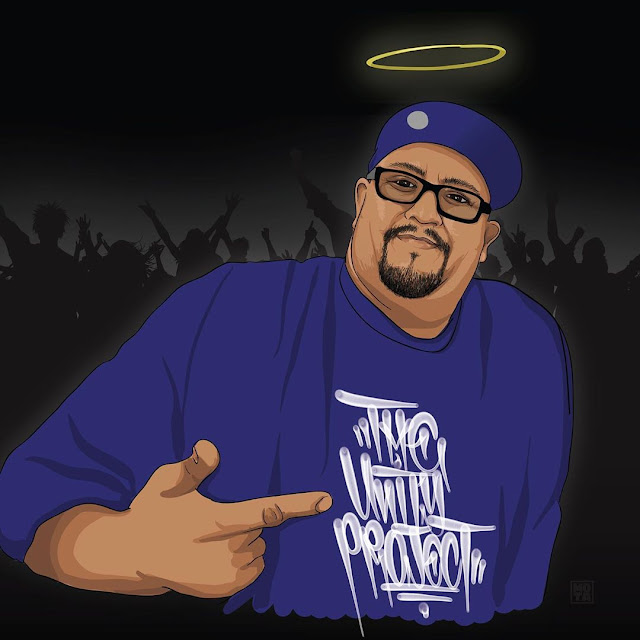 Image by Mota Vate (@motavate on Instagram and Twitter)
We lost a pillar of the arts community this week with the passing of Rek 1. Many knew him as the founder and host of The Unity Project, his brand for throwing hip-hop shows and events in addition to beloved father and friend. I would describe myself as a friendly acquaintance who had very limited interaction with the man ultimately but to me he was one of the Inland Desert’s last priests of boom-bap. I entered this community somewhat through MC Lyfe’s Sunny Days & Vibes showcase so when SDAV show frequency diminished, Rek 1 filled that vacuum with creative ideas like mixtape compilations, benefit shows, producer/beat-maker team-ups and more. In retrospect, he was part of a movement of hip-hop Wynton Marsalises, defenders of the lost arts, appreciators and torch carriers for the Golden era and the art and artists he wanted to celebrate. He always valued artists, let them know it and ran his events with consideration for the audience and performers. It's fitting that he called his main brand The Unity Project, because it absolutely nurtured unity in the community. I’m sure I’m not alone when I say his loved ones and family are in my thoughts, watch this space for announcements on benefits and future projects celebrating his legacy and benefiting his family.
His family’s GoFundMe page can be found here.
Information regarding a memorial car wash and cruise on the poster below, I first saw it on Bside Show's instagram but have seen other friends of Rek's share it since as well: 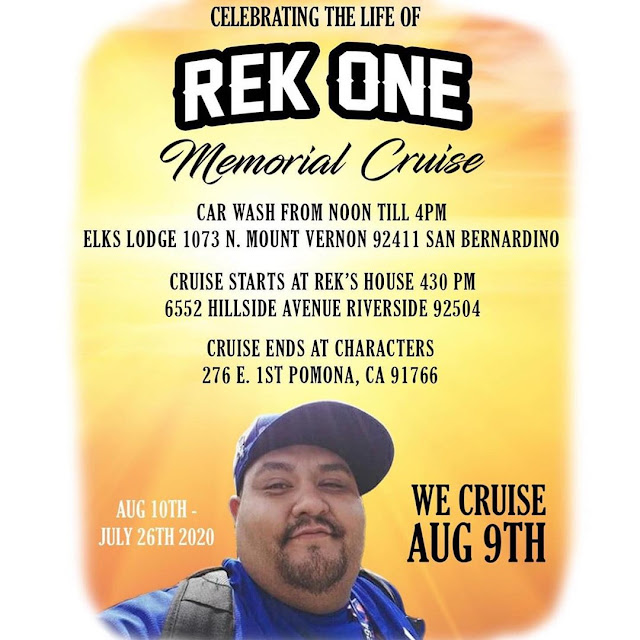 Tristan "Tanjint Wiggy" Acker is a staff writer for Zus Entertainment, a Jooseboxx and Untapped Hip-Hop contributor, and member of the Inland Empire, California based nerdcore hip-hop group the West Coast Avengers
at 9:51 PM No comments: 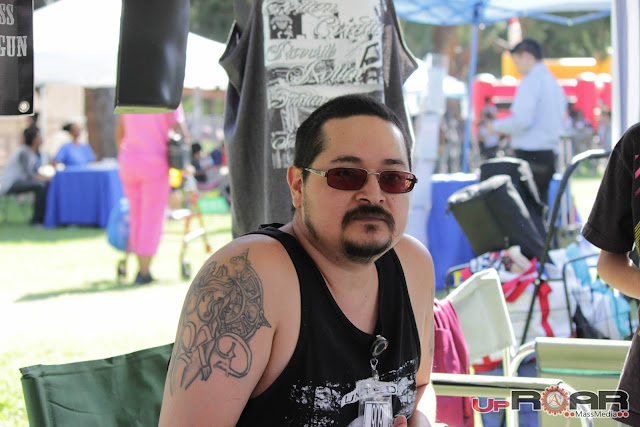 RIP to C-Lo G, a beloved area hip-hop aficionado, DJ, designer, friend and much more who passed away this last week.

He is mourned by a range of friends and family from the and beyond, all recounting his kindness and friendship.

I did not know him well but in every interaction I did have with him he was kind, helpful and friendly.

His family’s GoFundMe link is here

Tristan "Tanjint Wiggy" Acker is a staff writer for Zus Entertainment, a Jooseboxx and Untapped Hip-Hop contributor, and member of the Inland Empire, based nerdcore hip-hop group the West Coast Avengers