The Truth about Indica and Burritos: a brief essay about capitalism 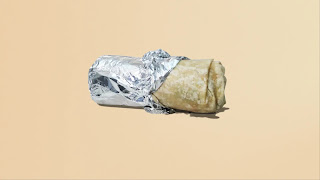 I remember probably 8 years-ish ago in Riverside chilling with my friends Elizabeth and Brian, having a conversation where Elizabeth showed me a story about a dystopian future and two signs: one said “get fucked senseless” and the other was “have love made to you tenderly” and the line for “get fucked senseless” was astronomical, included most of the population and the “love made to you tenderly” line had basically no one at it. There was some late-capitalism context to the story but the commentary it was making becomes clearer to me as I age.

I remember I used to be annoyed when I’d see a given ethnic food place joint only populated with people of that ethnicity. “Shouldn’t we be sampling other cultures’ cuisines?” I thought. Now I know people are so stressed out from the day-to-day grind of modern life that they are just seeking familiar comforts. Comfort food. 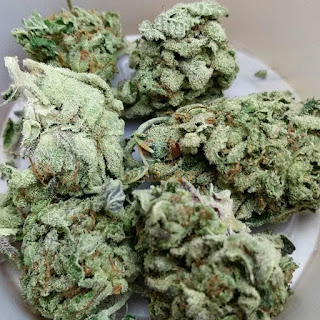 I remember I used to be into cannabis sativa because I could stay awake more on it, it helped me wake up happily in the morning, they made my thoughts a little trippier; kind of the more stereotypical version of what getting high in the middle of the twentieth century was like. Now I’m more into indica because I work, I’m older, my body hurts more, my stomach and head pain, my tiredness. Another part of why I and a lot of other people are more into indica as we get older (and our tolerances get higher...) is that an indica is more likely to give you that stoned-off-your-ass-spacing-out-couch-lock feeling that makes you feel like you’re 16 and trying this shit for the first time again. We like to let the feeling wash over us and have an excuse to do nothing. A related result of late-capitalism is that indica is more popular because it's the more "medicinal" of the types: everyone is convinced they need maximum CBD for muscle relaxation and pain relief, don't want the potential anxiety of the more cerebral sativas. This is all part of everyone feeling so rundown all the time trying to keep up with modern life's material demands.

The older and more battered by late-capitalism we get the more we just want a) someone else to do all the work of intensity in our lives b) familiar comforts that nurture us spiritually and physically.

Growing up I remember girls eager to dispel myths about penis-size preferences, often going on about a good mid-size fit is ideal, the intensity of feeling like you’re being stretched out not always being desirable etc. but as I age and in particular observe people who feel especially whipped about by the economy I hear more women talk about wanting a big dick to distract them, desiring something intense enough to make them feel fucking something, anything amidst the stressed numbness their day to day has become.

We want to be fucked senseless because we don’t want to have do the work of distracting our consciousness from what tires us. The idea of a big thing being done TO us becomes more attractive as we become more tired and jaded. We don’t think it will make us happy – just a comfy warm distraction, at least in the afterglow of detachment. We southwesterners want the massive burritos we grew up on. Capitalism wants us on indica because it's the one that makes us sleep and consume. We want indicas because we see ourselves as in pain, as tired, as needing our muscles to be relaxed. The psychedelic creativity stimulation of sativa falls by the wayside as it doesn’t provide the gut-hit THC-pleasure-blanket around your abdomen that indica does so we forsake the intellectually stimulating for the more obvious physical comfort.

For me this idea is also apparent in the classic Tool song “Stinkfist” which is about needing something more intense to get a kick/high/satisfaction after instant-gratification society has numbed our senses.
What made me want to write about this is the cannabis aspect and thinking about what I miss when I don’t indulge in the more physically subtle but still cranially rewarding sativa and observing mutability in social circle sexual dynamics that I didn’t previously expect.

Social media’s culture of bragging about being emotionally distant to me is reminiscent of the loneliness of the “be loved tenderly”-line in the story Elizabeth shared with me. It’s not just that people in their desire to have an experience happen to them want to be fucked senseless but also that the idea of being tender and intimate with a stranger sounds like a lot of work at best and intense discomfort at worst. What is worth having or experiencing is not easy and automatic and all that.

While I understand these aged weathered hungers for fuck, food and fun ultimately I don’t think any of it’s an excuse and I’m saying that out loud for myself as much as anyone. I’ve become an indica-monger for real and need to, at least from time to time, put more sativa into my herb diet so I can have those transcendent mornings again. I stay pretty adventurous in terms of food when given the chance and in terms of sex well I’m lucky enough to have a long-term partner and I don’t really have to pick between two anonymous sign-holders like in the anecdote above.

But the indica thing gets to me, I’ve noticed it about myself and I want to do better. It reminds me of a larger trend of age – that the optimal little touches I often enjoyed in my early and even mid-twenties just go by the wayside as life busily and loudly marches on. I feel the awareness of these forces and dynamics in life are a good start to resisting them and really want to encourage you to think about what the hustle and bustle of life’s stresses stops you from trying, experimenting and enjoying and resist it. Smoke that sativa, try that new food, make tender love. Might be worth the extra effort.