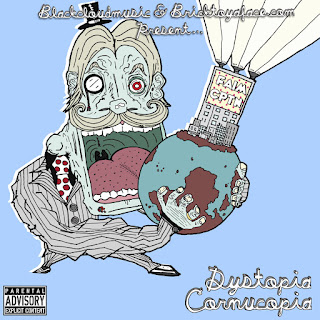 Black Cloud Music alum and BrickToYaFace staple Faimkills has been re-issuing his material on major online outlets starting with Dystopia Cornucopia and Good Times for A Change.


Faimie’s brand of hipster lit-hop is unique and ultimately irresistible though it did take time to grow on me. The way he pokes at both stuffy literary culture and machismo-obsessed hip-hop culture is a delight and you never know what angle he’s going to be critiquing society from. Sometimes both and the target is often himself. All too aware of the ways that love and sex tear people down from their lofty stated ideas, his work drips with irony without being snobby and annoying. His wordplay and flows are different and engaging, switching between speeds and linguistic registers

The idea of these re-issues was brilliant and well-timed for this listener. I'd heard a couple singles and collabs from Faimkills and knew he was an educated dude but his large discography had been daunting up until now and I didn't know where to start. He polled social media followers on which records to re-issue on iTunes and the rest and casual new fans like me benefited and now have an easy jumping on point. Hearing this era of Black Cloud with him, Jynxx, Noa James, Curtiss King, Yasin and more is a real delight for someone like me who came into this community in 2014 and later.

One thing present in both albums is the juxtaposition of the hard and the soft. Hard banging beats by Dope Kid Danny, Jynx and Curtiss King soundtrack these albums where Faim gets vulnerable, poetic and honest about love and the other intricacies of youthful social interaction.

In particular, Good Times For A Change seems to nurture the seedlings of ideas explored on later Faim works Thrashed Out and Manic Pixie Dreams where he further explores among much else the  narcissism of modern love, the latent sexism in indie hipster scene culture through the lens of the stunted growth tough guy-ism of mid-2000s hip-hop culture. I look forward to getting into his work for the first time all over and over again as these re-issues continue. 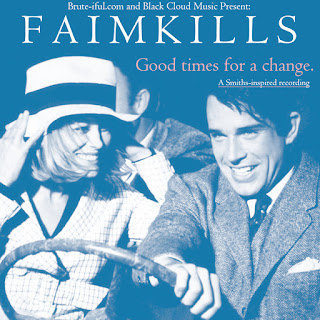