Why does the Lord God Almighty hate the DC Cinematic Universe? An Investigation 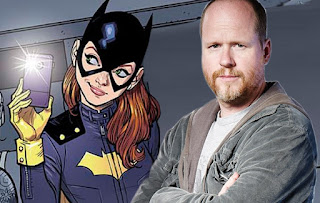 The curse on the DC cinematic universe is starting to look intensely real.

Man of Steel wasn't responded to the way Nolan Batfilms were and those who did care generally disliked it.

Warner Brothers hired Ben Affleck fresh off of his Oscar win for directing Argo thinking hiring an attractive movie star with writer/director credentials would be a smart way to make a well-loved follow-up to the now canonical Nolan Batman films. This seemed like a smart move until Affleck's infidelities and divorce played out in real-time in front of America, damaging his lovable image and apparently taking him out of a space where he could do triple duty on a billion dollar franchise flick.

Batman v Superman and Suicide Squad were both 5 times as hyped as they were good.

The Batfleck dream of writing, directing and starring in a Batfilm is falling apart, we’ll be lucky if Affleck is even in the next solo Batman movie.

Justice League is a 5 freight train-wreck: first Zack and Deborah Snyder re-tooled it after the backlash to BvS and Suicide Squad, then their daughter committed suicide and they passed the movie to the legendary untouchable nerd luminary Joss Whedon.

Whedon was already getting dragged for his old Wonder Woman script, which was really unfair internet nerd abuse in my opinion and now, his ex-WIFE is dragging him for years of deceit about infidelity. Not only is she DRAGGING him for it but she (or the editor of The Wrap, the magazine who published it) is insisting that it means he’s a fake and hypocritical feminist when feminism has become a bigger part of his brand every year that goes by. It will be about 5 minutes before the feminist internet nerd community, which I think of myself as generally sympathetic to by the way, successfully demands he be fired from working on Batgirl. The web's biggest Whedon fansite, Whedonesque, has already vowed to end its own existence in reaction to the Kai Cole article. Let me reiterate that the internet’s biggest Whedon fansite is committing suicide over this article. Now none of the film's 3 directors nor its biggest star can execute a huge successful talk show circuit push for fear of being pushed into profoundly painful circumstances and Batgirl the movie is effectively preemptively knee-capped.