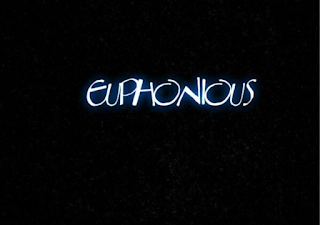 Dope Kid Danny's Euphonious Beat Tape is a chill and vibey but still straightforward collection of crisply produced new beats. They feel canonical in the sense that they have warm familiar melodies and concepts but also totally new in their craft and style.

"Let Me Talk To Ya" opens up the collection with a G-Funky guitar loop laid over claps and shouts atop a very chill hip-hop beat. "Can't Let Go" is a catchy and beautiful mournful lover's track that's really nice to blaze and drive to. Danny toggles between boom-bap and newer double-time styles.

"Private Party" is a funky banger, "Day Dreaming at Night" is exactly the pensive relaxing beat one would think it would be. "Boardwalk Convo" makes me want to take my girlfriend to Redondo Beach at night.

Over and over with these songs, a very entertaining maxim holds true: Danny illustrates his concepts in a narrative with these beats. "Along for the Grind" sounds like a montage of hustlers in training, "Scrapin'" is later in that same movie with the characters lowering their hoopties to the ground. "You Screwed Up" has the hungover ringing of being reminded of your folly along with undeniable bass driving the point home. "Me and My Shadow" hints at the producer's depth ominously in a hard coda.

His sound pays homage to old school funk hip-hop but also newer-style drum syncopation and electronic sound. The sound tells a story of a young Latino dude driving through So Cal cities, living his sincere life. It does all this but it's also a chill tape, indeed full of euphony.

The best beat tapes are an album in themselves while also reminding artists of what a good idea it is to collaborate with a given producer. Dope Kid Danny has hella I.E. hip-hop credentials from his work with Faimkills, Noa James, Curtiss King and many more- with Euphonious he tells his own sonic story, join him for it.