REVIEW: How Revenge Tastes by DevilGod 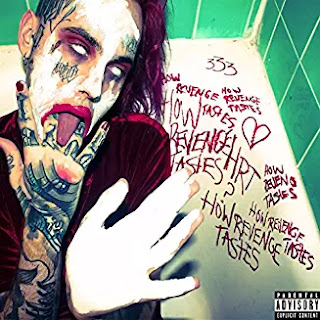 DevilGod, the waifish demon LA transplant from the I.E., is a modern stark lo-fi hip-hop Bowie or  Marilyn Manson or both- a mad diva crossed with a deranged child constantly learning there’s nothing really stopping him from pushing boundaries of sexuality and progressive grimy gross-out rap further and further which each project he drops. As he shapes his worlds his stark honesty reflects the world around us and his latest project How Revenge Tastes is like a cultural hodgpe-podge of influences, peripheral and direct, that feels modern, natural all while being less apologetic than ever for his misanthropy and nihilism.

The opener to the newest DevilGod EP reminds me of Tool and Chico-based rapper Nsmokiee in its rasp and dark jamminess.

The second track, “Lord of the Flies”, reminds me of Beastie Boys’ Ad-Rock and the short song interludes on Beastie albums like Paul’s Boutique but with an even harder edge and darker. He’s investing more in production and tracks like “Pervert” benefit from it- it’s lo-fi boom-bap but it’s also rock and horrorcore and new.  The scarier he gets the more comfortable he seems. Visually and on an auditory level this EP also reminds me of ICP in its constant reaching for the intense, the visceral, and the gag reflex. Though I’ve come to expect weirdness from his work, I can always appreciate his pushing himself to farther out reaches. That said, it doesn’t feel contrived- it just feels like he’s still looking for himself. What a treat for listeners of today, that someone’s personal journey can be such a gothic archaeological dig. 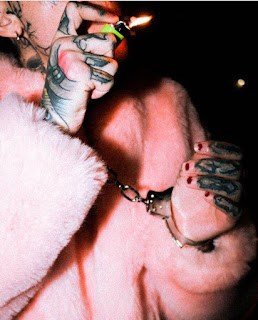 “Extra Credit for a Failure” reminds me of his older work in its successful attempt to be millennial anxiety manifested. On it, he takes a chance and gets candid about how he feels about existence generally, taking off the Joker mask if for just a second.

“Paranoia” reminds me of electronic dance mixes and Oingo Boingo with its jittery insect rhythms and a not unwelcome taste for the gross parts of life we usually sweep under the rug so to speak.
I’d be lying if I said I thought DevilGod is where he is going but his journey is hella interesting- to me there’s no doubt that he has journeying yet to do and beasts yet to slay.