It Was The World: Review in Brief of MC Lyfe's Efyl EP 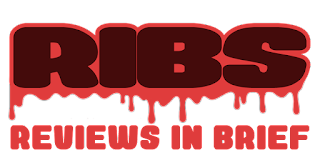 "This music brings you life."


Anyone that knows me knows Herbalistics was the group that pulled me into fervent study of and participation in the hip-hop scene so I was delighted to see MC Lyfe played to his core audience when crafting his long-awaited debut album. Lyfe weaves his fence-hopping blunt-smoking show-rocking tales over handpicked boom-bap delicacies by local masters like Skuse Beats, Pigeon Do, Kordisepz and more.

Joined by masterful practitioners like Notiz Yong and Greaseball, Lyfe’s work drips with directness and earnest vulnerability. More than alot of up-and-coming artists, Lyfe understands that it is the personality he and Greaseball of ‘listics exhibit that addicts his audience after Mando the DJ's prime cuts bring them in. The melodies are on-point and infectious. The album delivers the culmination of the leaked tracks and demos the Herbalistics crew have let slip in the years between the release of Greaseball's Bad Cat EP and now. The lo-fi sound is still very charming, creating a warm blanket for the earworms within.

Mixing engineer Suplex does a hell of a job making sure the aesthetic doesn’t obscure the clarity of a single lyric while also keeping the snares crisp and bass drums emboldened. I love that Lyfe's fantasy about having children with a girlfriend in “Love this Life” takes the form of painting poets coloring walls, shattering the expectations of the gray-brown palette socio-economically pre-selected for kids. “All This Time I’m Wasting”, a Kordisepz track Lyfe has been previewing for some time now, catchily solidifies his brand as the Bart Simpson of rap, expressing a relatable stony brattiness, further ensnaring the listener in his simple but extremely amusing personal mythos.


The album delivers an arc in the sense that the stony adventures then veer into girl problems which culminates in “Taken Out My Anger” where Lyfe unleashes some of his hardest bar patterns that I’ve ever heard. After this release, the album sails out smoothly and nostalgically with its sole Herbalistics song, "The Rain" and damn, it delivers. Our young scalawags are sounding jaded; wise but still effervescent and wide-eyed about life as they sing to the audience about controlling the moodiness of the rain in your life and in your city. The song is a beautiful cap to a fun, chill and endlessly listenable debut project from Lyfe.