Funny Fundamentals: a Review of Johnny Greaseball (of the Herbalistics)’s Bad Cat EP 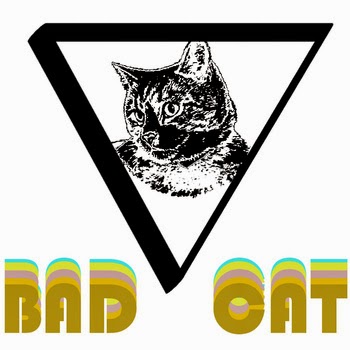 “You could say that Johnny GreaseBall has some character flaws.”

Johnny Greaseball reminds me of Bruce Banner and the Incredible Hulk. He’s actually a really nice and rather young mild-mannered fellow but is a huge even intimidating presence when he does what he was born to do. His talking persona is unsure, humble, and human whereas his rapping persona is a beast with steel-toe boots and metal on his knuckles. This dichotomy is illustrated beautifully as the album’s opening song “Back” begins and while talking Joey Palmerin (Grease’s real name) says tentatively, “I love everything…” before Johnny Greaseball comes in and starts stompin’ shit with “I hate everybody and I hate everything…” His music is full of contradictions.

To call the Bad Cat project an EP is almost inaccurate; the album is only about 5 minutes shorter than classic hip-hop albums like “Illmatic” and Warren G’s “Regulate…G-Funk Era”. Grease’s rapping persona generally keeps topics light even as he employs incisive observations, impressive vocabulary and intelligent phrasing. His voice is low and and sonorous even as he uses a lightning quick flow that creates entertaining syncopated rhythms that remind one of a boulder rolling down a mountain. Greaseball produced most of the album’s beats himself. I am pretty smitten with the warm sounds of the drum breaks on the album. The rhythms are often simple and old school hip-hop that Greaseball makes the best of. People often say of Joey Badass that it sounds like his music was recording in the mid 90’s and I feel similarly about Greaseball.

The giveaway that it’s not is the I.E. stories he tells. He talks of Riverside or “the swamp” and his ne’er do well adventures: getting kicked out of the house by moms, being scandalous to the local girls and taking stupid risks to help friends get high. What he’s describing is a relatable Inland Empire young person’s existence. His wordy self-deprecating humor makes him an ideal representative of our lifestyle. Songs like “Hide Away”, “Back” and “On My Mind” show him spitting hard on unassuming mid-tempo tracks. “On My Mind” and “Hide Away” feature him singing over old 70s songs for the choruses.” Take a Second”, “Change Gon Come” and “Mary Jane” show he can rap fast and with concepts. “Dedicated” is a moving and honest track about young love gone wrong. “Hollow” is a Ppaacce produced banger in which Greaseball crushes almost as if to say, “look ma, my first album!”

One can’t overstate how effortless Greaseball makes his powerful poetry sound. His production is creative but for the sake of highlighting the vocals they are innovating more with rhythm than with melody. The simple melodies are part of the humor of the album. Greaseball’s MC persona insists “I’m just your everyday schlub and I happen to like rappin’.” He is a 40’s newsboy trapped in a mid-aughts Latino. He is an east coast goombah trapped in the California desert. He is a rapping hulk inside a gentle giant of a man. Be on the lookout for young Johnny Greaseball and his standout Riverside group with MC Lyfe, The Herbalistics. He’s probably the future if you little scallywags will sit down and frickin’ listen for two seconds.

The Herbalistics and the Sunny Days and Vibes comes back to Back 2 Tha Grind in Riverside on January 10th. Get Johnny Greaseball's Bad Cat EP HERE