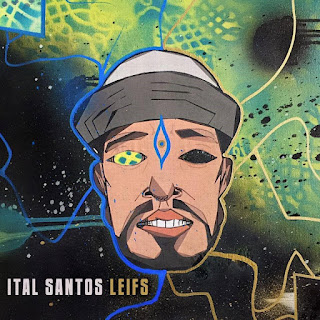 I wasn’t sure what to think was going to happen when OsOne of the G.I.A.N.T.S. Music, Grizzly State and S.A.D.C. collective asked me to come pick him up, puff one and talk music. He had been ribbing me for a week or two over my unexpected entry into Abstract Rude’s Sixteen Bar Rap Competition which he was personally asked by Mr.Rude AKA Abbey Rizzle to participate in and “Os” -as we more commonly refer to him- being a massive man, a big intimidating presence, I had just the slightest suspicion that one false move could get my ass kicked by some Grizzlies. As I pulled up to his pad in Moreno Valley area, he finished off a cigarette and introduced me to his girlfriend. It occurred to me to calm down because everyone here was a self-respecting adult.

He got in the car and suggested we grab Swift Dixshun in Riverside and being a fan of the G.I.A.N.T.S. (and their bomb-ass weed), I was down. Once in my car, Os directed me to a familiar neighborhood in Fontana off of the 210 where the beatmaker and performer formerly known as Jynxx resided. We walked in with a twelver of Heinekens and settled into some chairs at his music desktop station near a backdoor we could blow blunt smoke out of.

Being in a crew that has many beatmakers in it myself, much of what the quiet, green-eyed Mr. Santos had going on was familiar to me: an inexhaustible collection of beats that only he knew the ages and origins of, rappers with blunts and brews sliding through hoping to be part of the magic of banger-creation, a quiet demeanor and an active mind. He slid through diverse productions with confidence, scrolling down his studio computer screen as Os and Swift freestyled and came up with hooks on the downbeats,

“Y’all ain’t ready….y’all ain’t ready for this real shit,” Os intonated over a particularly swinging and bassy midtempo soundscape. I looked around Ital’s studio walls and saw many familiar names on posters that dated back to 2008: Noa James, MC Mega, Curtiss King, MC Prototype, Urban Poets Crew, Black Cloud, many more. “This is my region’s recent musical history…” I thought as I sat and sipped with Giants.

You see, B the Wizard had lived with me for 4 months at the end of 2014 and beginning of 2015; when he was still known as MC Mega. Ital or “Jynxx” was always a presence in old stories of Urban Poets Crew that Mega had constantly shared with me. I had thought that the UPC era had preceded the Black Cloud era which preceded the era we were currently in (confused yet?) but subsequent interviews with Jynxx  corrected the record that Jynxx started Black Cloud Music almost right after he began making music and the Urban Poets Crew work was largely contemporaneous with Black Cloud.

One thing appearing to link all of these admittedly recent eras together was the production of Ital Santos. Days after this encounter, my friend and collaborator Ras Josh reminded me of shows and beat battles we’d seen “Jynxx” at as far back as 2008. I’d been hearing his name, but this sit down session with Swift and Os of G.I.A.N.T.S. was my first real exposure to the musical stylings of one of the IE’s most consistent creators.

My only complaint about his solo outings is the same thing that makes their lyrics so fascinating: we are joining the story after much has happened and as the audience is left to put pieces together. Unlike newer listeners like myself, Ital is not interested in litigating the past as much as he is in building his future.

His new record, Leifs is a triumphant evolution and statement of survival from someone who has been pivotal in the last decade’s several sub-eras of Inland Empire hip-hop. His production as melodic, banging and inspired as ever, his raps are cool, detached, laid back and conversational. The artist formerly known as Jynxx bluntedly and bluntly tells us where his values, priorities and artistic curiosities lie in the current day. 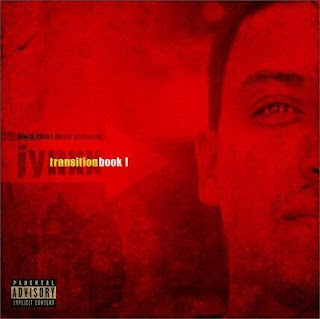 Upon a relatively thorough examination of his work, the theme of rising from the ashes of life’s struggle, phoenix-like pops up again and again. His double disc album Transition is probably his magnum opus at this point though he has a plenty healthy discography, only a bit of which is discussed in this piece. The Supremo EP he created in the wake of Noa James and Curtiss King’s departure from Black Cloud Music is an interesting piece of history for Inland Empire hip-hop nerds as he copes with the new landscape of his company and talks about life over previously released DJ Premier beats. As a buff of the scene myself, I cite it as the best work I have yet to hear by KastOne, whose personality and attitude-filled hooks and raps helped Ital shape something new, raw and interesting out of what could have just been a remix EP. 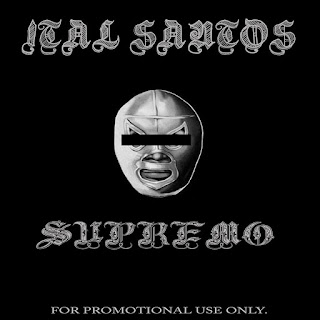 On Transition, Ital shows his production and performative versatility, showcases pillars of the Inland music community and does some fun experiments with vocal samples and telling stories of his life with songs like “Black Pen” and “That Day” in which normal days take a turn for the unexpected. True stories, Santos says.

On my favorite song on Leifs, “Snakes”, Ital and guest MC D’zyl 5K1 spit on the snakes in their lives but never despair. Santos’ attitude towards life’s setbacks is always defiant.

Another highlight is “Keep Quiet” with particularly standout verses from Notiz Yong and Jig. The song drips with the idea that in the I.E. you must earn your right to raise your voice high- an honest reflection of how brutal it can be here and many active hip-hop communities.

“October” with Yung Miss, Ric Rahk and Edgar Sosa is a brilliant concept about how October in California’s Inland Empire has a lot in common with the rest of the nation’s summer months. The funky light production gives Miss, Rahk and especially Edgar Sosa lots of space to flex their quirky and clever styles and raps.

“I Pray” shows more of Santos’ constant struggle to not let the negativity of life stop him. The music to this track and ones like it is 2pac-ish in its religious deference and hints of mysticism. The honest simplicity of his struggle is admirable and relatable as a persona guiding you through albums. The rest of the album showcases his continued freshness as a hip-hop producer and more of his clever stories such as a multiple song trip from Fontana to Mexico and back.

Leifs as in the turning of a new? As in burning some? The meanings are many says Santos. The name reminds me of Transition in its desire for change and to showcase the artist as renewed and vigorous despite the troubles life throws our way. I find Ital’s music relatable in its IE tribulations, shout outs to family and desire for loyalty and consistency out of life. I relate to the funk and the smart deployment of his compatriots. To go through his discography is to hear the evolution of many of the region’s brightest stars from Dirty Birdy to Westside Bugg, Noa James, Curtiss King, Notiz Yong, Mando the DJ and more.

Ital Santos stays chasing these dreams of funk, fun, friendship and family. In the time since the album was released and this review’s completion he’s completed countless collabs and commissions, a beat tape and an album with longtime collaborator Slick C. He’s still a staple of several circles of IE hip-hop and can be found rocking a beat set in the area often. He will always seek to prove his doubters wrong and to continue to build his Black Cloud in the I.E. and beyond.

Update: Ital Santos has generously provided Joose Boxx and its readers with free download links to the works discussed in this piece: