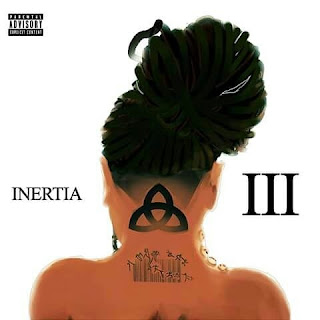 Triniti's project Inertia is shaping up to be a highly anticipated work. From the versatility she put on display at Socal Sinatra's Frame of Mind album release party to the many cyphers circulating the web she ripped at Team Backpack's Annual Auditions; Triniti has created quite the buzz for herself. The show had an impressive lineup including Stutta Boii & Travis Miller of Royal Gambling Club, Over Everything's Cam Archer (who also hosted), CJ Westly, K.I.T., & Oh Gosh Leotus, M16, Fitz Taylor, Jig, Konami Homi, Christel Freeman and the star of the night herself, Triniti. The sounds of the evening were provided by none other than local favorite DJ Calligraphy and our homies at New Culture Media Group were there holding down the photo and video tip. M16 boasted an impressive and memorable high-energy set that captivated the audience and really brought a new dimension of energy into the room. Christel Freeman amazed me with a funk-tinged performance that made me get up and dance...not head-nod, not two step, DANCE. We'll be posting an album review for Inertia later this week.

JooseBoxx.com's spoke with Triniti about her Inertia EP in Riverside, Ca. Hear what the emcee had to say about music, upcoming projects, and her inspirations in this exclusive interview.