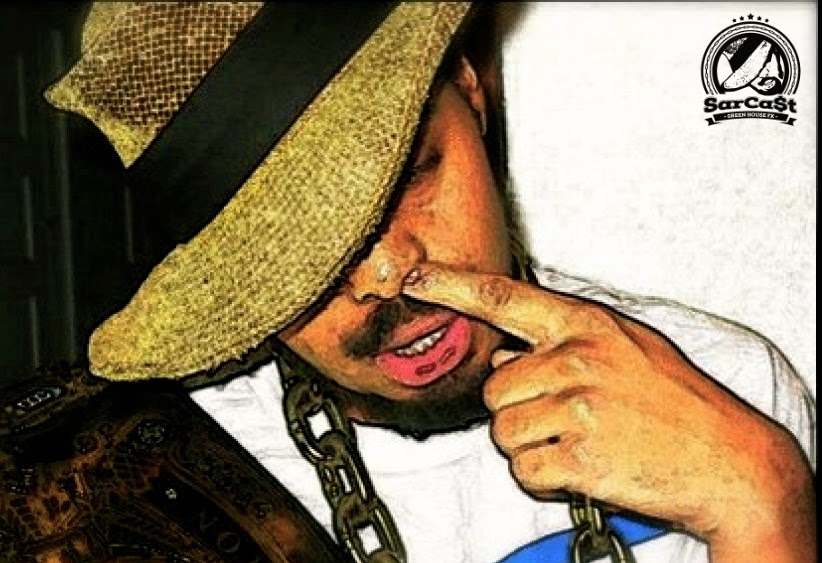 SarCa$t one of today’s up & coming independent artist on the rise; born in Denver, CO but raised in Omaha, NE and relocated little less then 4yrs. ago back to the “Mile High” where he is currently based out of. He grew up with a passion and a talent for music at a very early age which helped craft him as a MC/Artist that he is today.
He started his career shortly after high school; creating a indie label GreenHOuSEFx Productions in the early 2000′s playing all over NE & IA; then eventually relocated to Denver, CO around 2010 where he setup shop in the underground Hip-Hop scene making a name for himself opening for many nationals acts from Chamillionaire, Twista, Devin the Dude, the Alkaholiks, Dizzy Wright a many more. Also, CO-Headlining Denver’s 4/20 Cannabis Culture Music Festival Rally this yr. and invited to LA to audition with TeamBackPack at Mission Underground 2014.
His only mission is too bring back that passion that you to be in music; Hip-Hop with a message that Golden Era so to speak while still having fun with it at the same time. Trying to give you music that’ll move you not just with a beat, but lyrics that’ll make you think that timeless music. And currently working on his next mixtape which should be available the end of August and right after that his first major EP and currently booking shows all over the US.


Sarcast – The World We Live In

Don’t Believe the Hype; just let me Introduce you to this HOuSELiFE” and for EVERYTHING else SarCa$t/GreenHOuSE Check website atwww.greenhousefxproductions.com