Welcome to our first installment of “WHO GOT THA JOOSE NOW?!” , a new monthly column dedicated to shining the spotlight on stellar individuals within the Inland Empire music scene. Sometimes there are people who you might notice at different shows but you don’t really know much about them or what exactly they do. For example, any performing artist or excited supporter heading into the Common Ground, on a Sunday night, will first be asked to show I.D by a friendly security guard and then will be greeted by a petite young lady collecting the cover charge for the night’s festivities. After completing the entrance process , most show-goers then get lost in a whirlwind of handshakes, hugs, $3 shots, and crowd participation but don’t you ever wonder more about that two-person welcome committee? Who are they? ….Well I still don’t know much about the security guards *note to self – Ask the Security Guards their names* but I do have the EXCLUSIVES on the stylish girl we slide our money to every blue moon.

She is none other than Desiree Rene Thompkins but you can call her
Desi The Designer ( DESITHE[DESI]GNER to be exact ) . 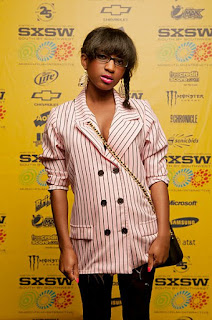 Anybody who has been invited to a show at The Common Ground, via social networking, has most likely spotted the colorful, impeccably designed digital flyer for the event, while searching for a familiar name and/or checking out the artist on the bill. Well guess who designed that flyer….
Yup! You guessed it… None other than DESITHE[DESI]GNER! 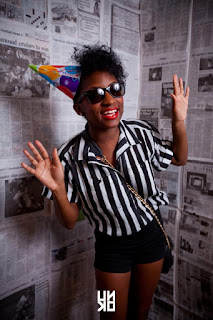 Desi began calling herself a graphic designer back in 2008, after she found a hobby in sprucing up her MySpace pictures and making her profile look “super fresh”. After joining a party crew, known as Saucie Ladie$, and being crowned DESITHE[DESI]GNER by the group’s “CEO”, Desi began charging for custom flyers and MySpace layouts, using her new found love for Photoshop 7 to provide customers with her art.  Fast forward to the present and you can find Desi still doing her thing, providing flyers for BrickToYaFace that include some of the WestCoast’s top artist such as Glasses Malone, Pac Div, iLL Camille, Thurz & hundreds of others. 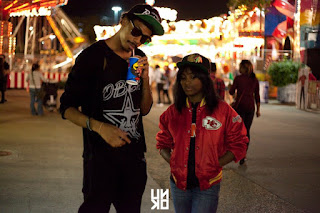 Though some of her favorite pieces include work she’s done for artist like Black Cloud Music, Ramone Jones, 3D Beats , Royal Gambling Club & Dallas’ own A.Dd, King Blue & Brian Gang, during an interview with the prodigy, she admitted that her most beloved work of art would have to be the album cover she did for David May’s “The Lifestyle of a Dream Chaser”. She also confessed that spending a whole day listening to the album while May mixed it and passed her “bong snaps” every 10 minutes didn’t hurt either.
The background for the cover is based off of a reoccurring dream Desi continues to have and the question “Wouldn’t it be awesome if the sky really looked like that?!”. Why yes… Yes it would! 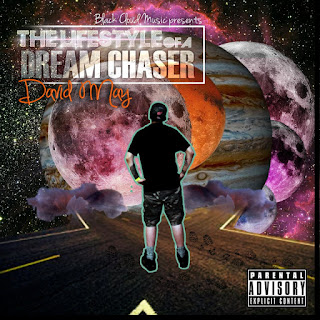 Desi’s inspirations include her church’s head graphic designer, who she calls her mentor, as well as Jonnell Chavez, Art’avia “Soop”, and Saudia Furcron, who she describes as “gorgeous black women who are AMAZING at what they do”. When she  isn’t designing dope ass digital artwork, Desi enjoys hanging out with her “queens”, twerking & thrifting! 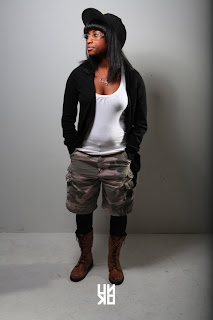 I asked Desi what advice she’d give to anyone interested in becoming a graphic designer.

Her reply:
“Don't do it! Ahaa just kidding. If you're truly interested in it stick with it and don't procrastinate, its the easiest thing you can do in the field. Also going to school for it is cool but teaching yourself is better. School can't give you that special thing that makes you YOU!”

Well… I hope this article gave you guys a little more insight on someone we at The JooseBoxx feel is a very important person and asset to the music scene in the Inland Empire.
Open yourself to the people around you. You never know who you might meet! Take care.

Interested in Contacting or Getting Work Done By DESITHE[DESI]GNER?
Check out ALL the DETAILS below! 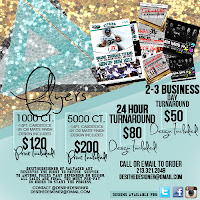 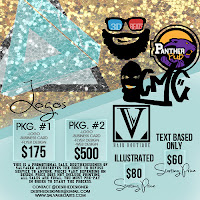 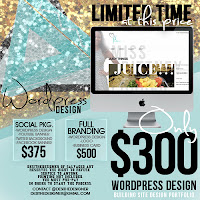 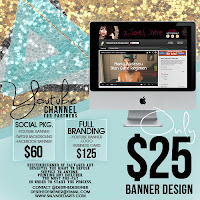 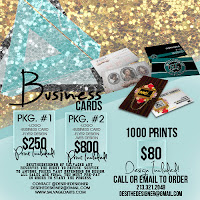 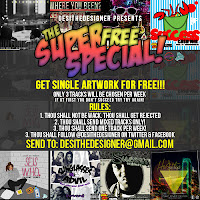