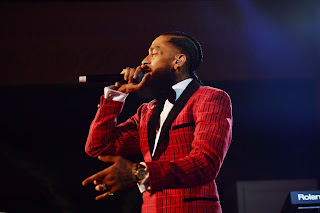 Rapper, entrepreneur, and social advocate Nispey Hussle died yesterday in front of his LA Storefront The Marathon yesterday, March 31st.  Nispey and two others were fired upon multiple times and the perpetrator of the crime is still at large.

Born Ermias Asghedom, he leaves behind a wife, two children and a a legacy of progression and hope for his fans worldwide. 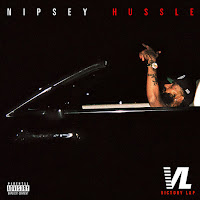 Layered into Nispey's provocative and truth to power lyrics we're the actions and ambitions of a person who had genuine love for his community and enfranchisement for the Youth. He created a CoWork building called Vector 90 for local professionals and budding entreprenuers in LA to have a place to operate their business through. He worked on STEM (Science, Technology, Engineering, Mathematics) programs for the youth to prepare the inner city kids that lived in his neighborhood for a quickly changing economy that requires more and more educated work force. 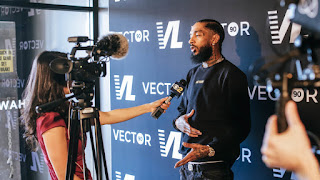 Nispey was in the works of releasing a Documentary talking about the trial of Dr. Sebi who challenged the pharmaceutical industry with his approach to diet and nutrition.

Social Media has been unified in their grief for the slain artist. From LA City officials, athletes and the Hip-Hop Community. His untimely passing is one that has weighed heavy the sphere of his influence.

Here is just a taste of the type of person Nispey was and the message he was trying to give to his fans and supporters.

"Money is a tool – it’s the means, not the end. Inspiration is the metric that dictates whether or not a project is a success. It’s more realistic than trying to aim for radio play, or trying to satisfy an AR, or the other gatekeepers on these platforms. I don’t even know how to create with those things in mind. But if you tell me the goal is to inspire? That makes my job a lot easier."