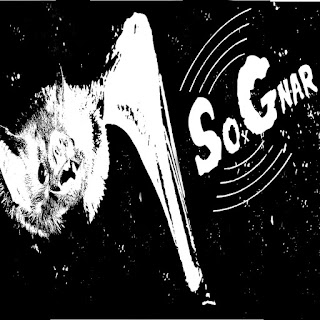 Inland Empire based music producer, vocalist and multi-instrumentalist Dean Baker has more bands than So x Gnar and I like them all equally so it's exciting when any of them drop anything. So Gnar's eponymous debut album is now out. After building a buzz with the minimalist "Feels Good" featuring just vocals, drums and guitar from Baker and Scotty, the boys got in the studio with a bassist and additional guitar (David Bootman & Joshwa Burgundy) to fill out the sound and lay down a record. "Feels Good" is an instant chill rap-rock classic- the product of a youth culture that can distill the Red Hot Chili Peppers into something twice as brief.

"Here to Rock & Roll",  shown above, the second single, is punk rock verses with Kiss style anthem choruses and it bursts with joy. The intro track, "Tidalwave" combines Nirvana like simplicity with modern sludgy blues rock adorned with hypnotic vocals from band drummer Baker. The title cut is Pixies and Fugazi era 90's rock - this group takes you on a tour of post-modern guitar songwriting and their youthful joy and obvious talent is gripping. 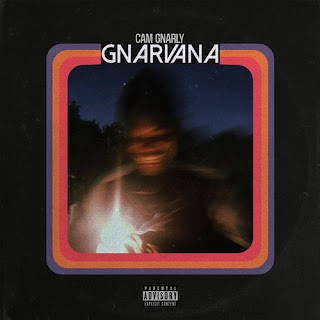 Gnarvana reminds me of Viva Mescal's Weird Turn Pro album where but for one exception the whole album is on one chill wavelength and pulls it off for a sustained amount of time to the point of outstanding impressiveness. This album does that as well.


Perhaps best exemplified by the single "the 9" but the whole album has this feel, especially the collabs with Aye Brook, Maya Huyana, Phantom Thrett & Blu. I love the intros to all of Gnarly's albums, there's always something epic there. The album has tinges of hippie culture reminiscent of albums past but does not dwell on it, more so this album lives in the inner thoughts of Gnarly, thinking about his own self development in the context of the I.E. The album's chill sound is warm, bassy, familiar and original all at once - Gnarly, with his soulful melodic vocals and increasingly wise raps, is becoming an experienced hand at putting these projects together. He's entering a period of unclassifiability - the projects don't fit into a box anymore, they are part of an ongoing journey and conversation with a wordsmith seeker of fulfillment and experience.