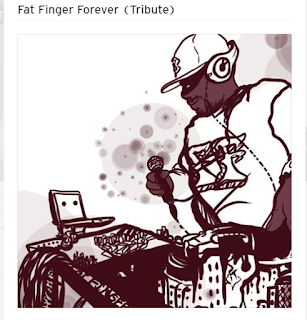 Only in retrospect can you see the fuller picture. The great comic book scribe Grant Morrison wrote in the Invisibles about how your true body is the caterpillar across the earth that your life story is, the sum total of everything you’ve done, looked upon without the illusion of time to obfuscate as one big picture from a helicopter or spaceship perspective. This is how I feel about Nick Croom right now. Croom or Fatfinger as many of us knew him was a talented producer, teacher, MC, friend, partner and father with an enormous heart that we lost this last weekend and the Inland Empire music community is still processing it. We’re still in shock and anger to be perfectly honest at having lost someone so genuine and positive so soon.

It didn’t occur to me just how many of us had created with him until everyone stood up in the wake of his passing to share their sense of astonishment and loss. I didn’t know he grew up with the people he grew up with, or had been doing things for so long with so many corners of the community. He was one of those people you feel like was just finally getting his due.

Even within the realm of my own little life, it took Nick’s passing for me to grasp how much I actually did with him in the brief time we spent together. We met at a Sunny Days & Vibes show; he was one of our first friends in the community. Now I know that that wasn’t a coincidence…he was friendly and nice and didn’t hide if he liked what you did at all because he was real and kind. He sent us a few beats almost right after we met and he asked for nothing in return. My first video cypher was produced by him. He headlined a New Year’s Eve show my crew threw as 2015 became 2016 because I fell in love with a beat he dropped on New Year’s eve the year before. He taught kids with me with Edwin Johnson and the CHORDS program. We dropped a summer single with him in 2016. He saw The Force Awakens with me and my best friend on the opening weekend. Studio sessions at Dean’s, playing MC Lyfe shows together...he was always just down and was hella cool to chill out with.

It feels foolish and cliché to say things that were obvious truths about him so let me try to do better: he was so kind, talented and humble that you could miss how talented, smart and prolific he was. I knew him for less than 5 years. I enjoyed his company immensely and I think he liked my crew the West Coast Avengers and I but we weren’t close friends that hung out a lot; I regret that now. He was generous of spirit, aid and music to his friends, to kids, to the world. He had great taste; he was always up on something you were into whether it was super heroes, teaching, sports, or cannabis and music culture.

I’ve lost family members as many of us have but given his very young age I personally cannot imagine what his family must be going through and I won’t pretend to. You can help his family and donate to his legacy fund here. This post broadly was intended as a tribute and memorial post to him from a few of his hip-hop friends in addition to all of the lovely words folks are sharing for Nick on Facebook, Instagram, Twitter and in personal conversations.

IE staple Notiz Yong released this pretty and thoughtful beat in Croom’s honor as well as providing Jooseboxx with this statement: Nick always went out of his way to check up on you during hard times, or to congratulate you on your latest accomplishments. The most giving person the world had to offer. He will be missed by everybody that was blessed to have met him. Love ya brotha! 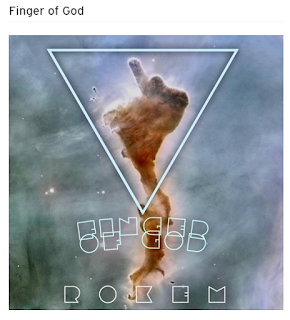 
Veteran producer Rok3m also made a tribute production that particularly made me think of Nick at the beginning and end but is a beautiful and wide-ranging piece throughout.

The King of Metaphors. There will never be another Nick Neech.
RIP Bro. Primexample Forever.

There will be more hip-hop community tributes, works, and shows for Fatfinger in the weeks and months to come and I’ll do my best to share them on here and online in general. Many musicians I know including myself are gathering unfinished works we had produced by and featuring Nick for release in the hopefully near future so I expect that to be the form a lot of the forthcoming tributes may take and look forward to hearing the sweet melodies in his mind once more. Rest in Peace Nick, my friend. Fatfinger forever.
Tristan "Tanjint Wiggy" Acker is staff writer for JooseBoxx, a youth hip-hop and poetry tutor, and member of the Inland Empire nerdcore hip-hop group the West Coast Avengers. Catch more of their work at westcoastavengers.com, follow Tristan on Twitter @Tanjint or e-mail him at tristanacker@gmail.com
at 10:00 AM Labels: beatmaker, chords, Fatfinger, inland empire, jb swift, nicholas croom, nick croom, nick neech, Notiz YONG, producer, RIP, rok3m, rokem, Tristan "Tanjint the Wiggy Woo" Acker