Love in their Holsters: review of 43rd and Excellence by Aceyalone and DJ Fat Jack 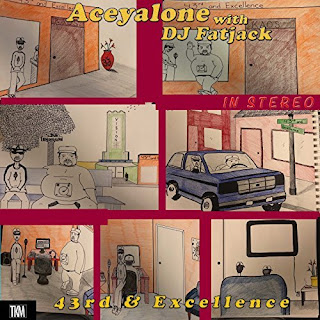 Aceyalone and Fat Jack's new LP 43rd and Excellence is a triumph. A brief but meaty masterwork from two Blowed originators and veterans, the immense musicality and quality of each track can't be overstated. It's also some of Ace1's strongest and most tightly composed poetry ever in my opinion. He literally hasn't missed a beat since the All Balls and Human Language classics too many haven't listened beyond.

As a pretty curse-free stony MC myself I can't help but notice and admire that the lyrics here are almost entirely free of profanity but most folks would never know it from the irreverent brutal truths about life Ace smoothly rattles off with every other stanza.

Sonically, every flow is pocket, every snare crisp beyond belief, each melody a proper earworm. Aceyalone chillactimously delivers some of his sharpest and most perfectly metric rhymes ever on Fat Jack's pristinely produced boom-bap, jazz and even more contemporary sounding double-time beats making for an album whose level of melody, subtlety and poetry are seldom matched. 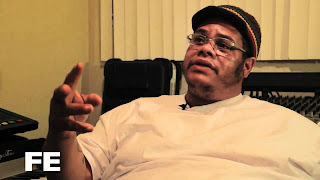 Standouts are the the opening 2, "Circled Days" and the drippingly cool "Bang Bang" on which Aceyalone lays out Thursday through Sunday for an MC and working class hero like himself are like; with "the world on his shoulder" and "love in his holster". This dichotomy of the feeling the pressure of life but also feeling empowered by your own perspective and positivity is one of my favorite things about Aceyalone's work. It is a reassuring sense, the balance he is aware of and verbally creates.

"The Cool" is a slick meditation on the culture of lyricists and underground rappers. I love that Fat Jack and Ace end "Hollywood" the way they do, abruptly but logically, the way some relationships indeed do end. Moments like this are employed sparingly but effectively. "We've Arrived" is another immaculate low-key banger. I love the relatable west coast life lyrics about hotboxing the Chevy before stepping on the scene.
"Shooting Star", "Trouble in front of me", "I Told You Ace" are more examples of Acey's masterful knack for storytelling and introspection. "Scott Joplin" is a clever percussive classic that also includes the lyric, “Willie Lynch? Of course he will…” Aceyalone continues to make some of the wildest shit sound just right.

"Doing or Judging" is a rare glimpse into the kind of aesthetic philosophy that might motivate Fat Jack and Aceyalone who indeed have reminded me of Coltrane and his contemporaries once I actually started to examine their work. “When y’all ready” is a deft and jammy summation of how ahead of their time Aceyalone and Fat Jack have always been, waiting for the world to be ready for them. "Hambone" is so quirky but so killer. I love when Ace says "and I bought my DJ a brand new knife set..." as a transition for Fat Jack to "cut it up"- the duo walk the impossible line of staying true to the old school while never sounding dated. Each track sounds fresh, imbued with purpose, love in their holsters. 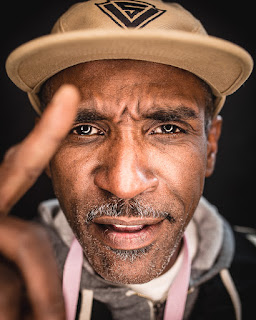 I've listened to the record 8 times or more, many more times for my favorite tracks and it is up there with my favorite Aceyalone albums. Having heard his whole discography - his journey of exploring other genres through the lens of hip-hop, his re-affirmations of mastery of his mutant bastard style children's idiolects, his epic team-ups - it all led to a moment like this when him and Fat Jack could seemingly drop such a soulful wise and nourishing record without even breaking a sweat. How patient and Jedi-like that these life-long collaborators waited until this moment to finally make a full album length collaboration like this and how mighty the bond they've forged that we're lucky enough to revel in for 40-something minutes with this album.