The New Nerdcore and the Desert Suburbs: a review of King Dice’s Red Mahogany Drive 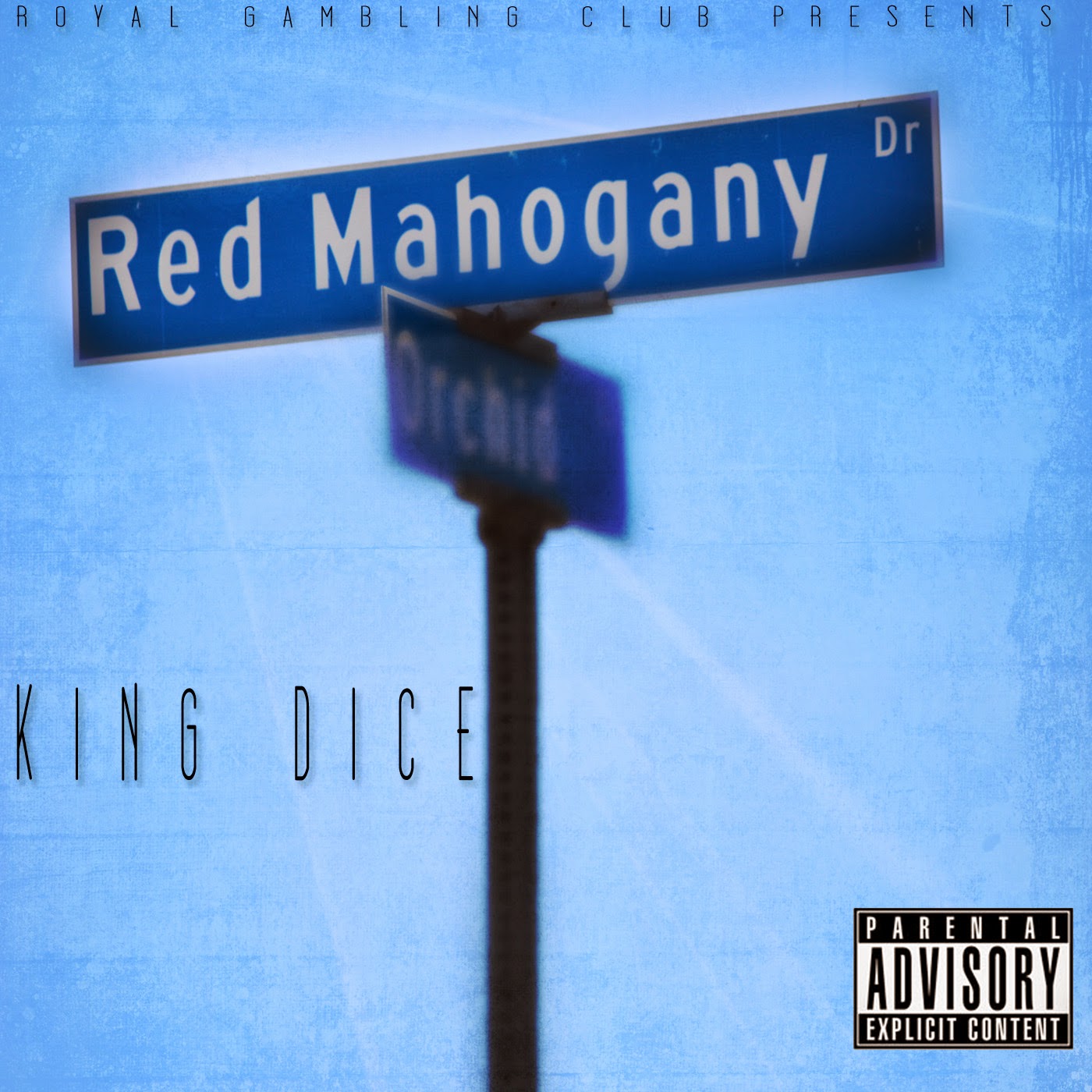 The album opens with a self-titled intro that paints suburbia: moms and their kids, dads and
their bags for work. The production is tentative, hinting that this begins a journey.  The song progresses into depicting the harsher truths of urban life as well. This rings true to me. The I.E. is part suburbia and part hood, especially after 2008’s recession. Follow this link to read more...

The second track “Gold” is where the album really “drops” so to speak. Dice has a young, relatable but entertainingly cocky voice and flow.  His energy is fun and musical, his voice more than holds its own amidst the raucous production.  Stutta Boi delivers a great appearance on a song that is a proper I.E. anthem, “we I.E. as simple as that…the I.E. is on the map.”

“Yahtzee” is an epic party song with a fun video that any young partier in the I.E. can relate to. The string theme in the background is reminiscent of Danny Elfman’s 1989 “Batman” theme which is a
nice foreshadowing to the nerdcore themes later in the record. This song and the following song,

“What You Saying” are produced by Dice himself. The latter is a fun song with a solid beat that displays Dice’s considerable verse-writing skills. His lighthearted approach gives the album momentum and hella replay value. His funny confidence is on much display when he asks rhetorical questions like ‘you think you can see me lyrically?’

The nerdcore anthem “Eddie Brock” opens with Dice’s hilarious appropriation of Leo Dicaprio’s
“Titanic” ‘King of the world’ audio. This is a nice reflection of Dice’s breezy way with pop culture in his work.

“Eddie Brock” is probably about the point in the record where I started to get really impressed
with Dice’s writing but this is probably due to my bias as a comic book nerd myself. I loved and related to lines like “library looking like comicon” and “I got that Venom for the world, Eddie Brock”. Cam Archer delivers a blisteringly agile and referential geek verse on the highlight guest appearance of the record. The song brings back the chill tentative insistence of the intro track which is nice.

One of the riskier moves on the album is “What’s going on”, an update on the legendary Fugees
“Fugee-la”. The song works as Dice is confident and deft on a swinging slowed down version of the
classic track.

Potion and Hangover form a clever suite; Dice depicts the ups and downs of the party life with a
realness and humor that always entertains.  The production on “Potion” is cinematic and creates a nice soundscape for Dice to tell party stories.  “The Hangover” has the trippy echo-y nature of the ringing in one’s head during the comedown from a night of partying intertwined with a tale of personal interaction; the album kicks into artistic high gear in this third act.  The suite continues on “Queen”

when Dice tells a story about a teenage prostitute in Perris, California that his narrator meets at a party. Far from the usual misogynistic rap song, Dice’s narrator tells the girl to plant her dreams so they become trees and speaks of seeking a life where she is not judged for her past. The song is smoky jazz with real talk on it.

The album makes great use of vocal samples such as on songs like “Ashes”, an aggressive song
with a menacing beat, adding more texture to the record. “Assassinate” has more menacing textures on a somewhat politically tinged song that with a clever double meaning on the title of the track.

“Freshman” continues Dice’s contributions to the nerdcore tradition with a funny high school
themed song in which he simultaneously plays the campus cool kid and class clown.

“Fuck ‘em all” is a nice dark track with a string sample that is reminiscent of Star Wars’ Imperial
March.  Dice says fuck the part time friends and lowkey enemies in a darker but appropriately aggressive send off.

Dice handles a lot of the production himself; songs like “Eddie Brock”,” Hangover” and
“Freshman” show that he has a great sense for producing songs with concepts. Red Mahogany Drive is a worthy representative record of the burgeoning Inland Empire hip-hop scene. In my work with the West Coast Avengers and my solo raps as Tanjint the Wiggy Woo I talk about how the Inland Empire is the story of parents leaving L.A., La Puente and Covina areas to raise families in the suburbs an hour east of the urban sprawl. The recession era has made that story the story of families struggling in the working class to retain what they could of their parents’ dreams. King Dice’s work expounds on that story in the Moreno Valley area with the ups and downs from the troubled street kids we meet in our daily lives to the geeky video games and cartoons we loved as suburban youth growing up. Blending nerdcore, hip-hop bravado, urban consciousness, boom-bap melodies and modern hip-hop drums, Red Mahogany Drive should have been on my phone playlist a year ago.  Keep your eyes peeled for more from The Royal Gambling Club; I will.

Tristan “Tanjint the Wiggy Woo” Acker is a San Bernardino based writer, performer and musician; he holds a Master of Fine Arts in Creative Writing from California State University at San Bernardino. You can read his poetry at Squalorly, Inlandia, El Portal, Dead Flowers and other print and online magazines.

Follow him on twitter @Wiggism or e-mail him at tristanacker@gmail.com.
at 9:41 PM Labels: Album review, King Dice, Tristan "Tanjint the Wiggy Woo" Acker