Welcome to the second edition of “WHO GOT THA JOOSE NOW?!” , a new monthly column dedicated to giving awesome individuals within the Inland Empire music scene the shine they deserve. Sometimes there are people who you might notice at different shows but you don’t really know much about them or what exactly they do. This month we are shining the light on GQ. Who is GQ you ask?! Well…Most people recognize him as the guy who always comes to shows with Half Valve Entertainment emcee Cam Archer but he is much more than just a “on-the-go gig buddy”. He is in fact, the CEO of Half valve Entertainment! So without further ado, let’s get to learn more about Edward P. Berrios aka GQ. 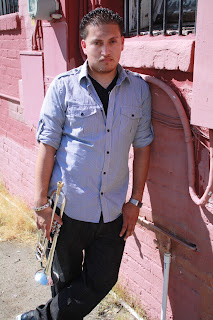 Starting his music education in the third grade, GQ believes that music has always been the focal point of his life. As a member of the band while in school, he picked up the trumpet as his main instrument and along the way learned how to play other instruments such as the tuba, trombone, baritone, as well as the piano and drums and percussion. GQ has a Bachelor’s of Arts degree in Music Performance/Compositions and a duo minor in Jazz Studies and Recording Engineering. He believes his work possesses a certain polish that other producers may lack because of his extensive musical background that makes his sound, HIS sound. 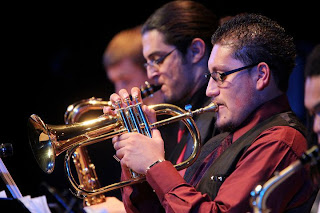 Wanting to give the IE’s undiscovered talent a voice and find other musical like-minded individuals, GQ created Half Valve Entertainment(HVE) in 2010. The roster includes lyricist Cam Archer ,Dre Shot, and Kidd Dryden, male vocalist Chris James, and production team Prime Intellects, which includes producers Ton Deaf, Proliphic, Killah and GQ himself. GQ and HVE are behind N.O.S Live, an event at the National Orange Show Sports Center in San Bernardino which gave artist of all genres a stage to perform on. 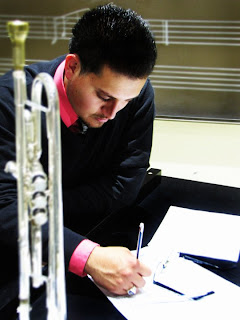 “I am very meticulous with my team on their work so that the consistent "polish" is there in all of our work. We have a lot of new events, music and ideas that are going to be brought to the IE that will benefit not just ourselves but our fellow colleagues in the music scene. I love what I do and it shows through the music we at HVE give back to the community.”

Though he has worked with a long list of artist out in the Inland Empire, GQ says he would like to work with IE representers Richard Wright, Curtiss King, Faimkills and Faye Valentine  though he nor we at Jooseboxx are sure if she is still doing music. As for producers, he would like to co-produce with OhGoshLeotus, Villain, A3, and OSYM. If he was given the chance to work with ANYBODY in the music business he claimed that he would like to work with producers Timbaland, Pharrell, Quincy, Just Blaze, Ryan Leslie , artist Kanye, Eminem, Jay Z, 50 Cent , and Kendrick Lamar, and singers R. Kelly, Usher, NeYo, Eric Bellinger, Alicia Keys.

GQ is busy at work building with his Half Valve Entertainment team. The group has just released emcee Cam Archer’s new album C.O.C.A ( www.halfvalveent.bandcamp.com ). Kidd Dryden will be releasing his EP in October called Surviving The Times. Chris James’ The Love Chronicles project will be releasing by the end of the year. Prime Intellects is planning and working on a beat tape and GQ is working on a solo live instrumental project on his trumpet called My Thoughts Thru Sound.

GQ is also a music video director and editor. Check out his most recent work below.

So next time you are at a show and you see GQ, if you don’t know him already and even if you do…show him some love! It’s hard out here trying to run a business and handle your own personal life. Props to GQ and the rest of HalfValve Entertainment. We at Jooseboxx.com, applaud you LOUDLY!! 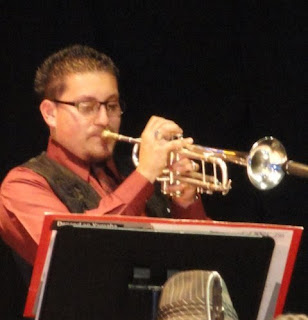 “I would like to thank Yung Miss and Jooseboxx for the opportunity to be interviewed. My first ever interview to be exact. Also I would like to give thanks to our fans and supporters for riding with us from the start. Along with a shout-out to our sponsors Solrac Clothing & Double Eyez Collective for holding us down.”

at 11:08 AM Labels: Cam Archer, gq, halfvalve entertainment, who got tha joose now